skip to main | skip to sidebar

1. What did you do in 2009 that you'd never done before?
kissed a girl
kept my new years resolutions

2. Did you keep your new year's resolutions, and will you make more for next year?
Yes, just because they were fun! (going to the sauna or have a massage at least once a month)

3. Did anyone close to you give birth?
Yes, as last year, and the year before that...

4. Did anyone close to you die?Yes, my grandad.

5. What countries did you visit?England, France, and some of them must have slipped my mind i guess..

7. What date from 2009 will remain etched upon your memory, and why?
memory of a goldfish, can't remember dates

8. What was your biggest achievement of the year?
getting promoted i guess.

9. What was your biggest failure?
getting promoted i guess :)

10. Did you suffer illness or injury?
No, just longtermtiredness. And a mild spring/summer/autumn/winterdepression.

14. Where did most of your money go?Ilia of course

18. Compared to this time last year, are you richer or poorer?
Richer, in friendship for sure. Lost a friend tho, still not too happy about that, but that's life i guess...

19. What do you wish you'd done more of?
Sports, spend some time with the little muppet, oh and travel.

20. What do you wish you'd done less of?Work

21. How will you be spending Christmas?Xmas at mum's place.

25. Do you hate anyone now that you didn't hate this time last year?Try not to hate.

26. What was the best book you read?'koraline' neil gaiman (kids book but weird as hell)

27. What was your greatest musical discovery?
And So I Watch You From Afardid blow me away live. Amenra did as well. Rediscovery of peaches and the notwist.

29. What did you want and not get?a cool loving boyfriend

30. What was your favourite film of this year?inglorious basterds

32. What one thing would have made your year immeasurably more satisfying?
a little more happiness and a little less loneliness

33. How would you describe your personal fashion concept in 2009?
Same as last year: nonexistent ;)

34. What kept you sane?Friends, but especially ILIA (he rocks)

35. Which celebrity/public figure did you fancy the most?Chris wee, drummer of asiwyfa :D

36. What political issue stirred you the most?
our crappy prime minister for the second failure in a row

38. Who was the best new person you met?Jurgen, Peter and Sacha

39. Tell us a valuable life lesson you learned in 2009.
Live every day like it's your last. Dance like no one can see you, sing like no one can hear you, but have fun for christ sake... and stop whining.

40. Quote a song lyric that sums up your year

I know someday you'll have a beautiful life
I know you'll be the star in somebody elses life
But why can't it be mine? 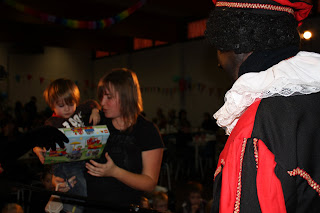 he met zwarte piet, they didn't put him in the bag. Now waiting for sinterklaas to come... 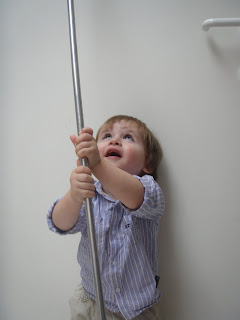 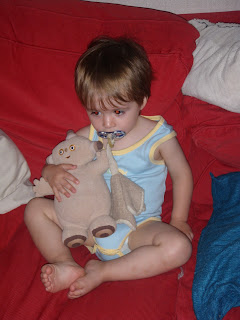 thanks andy for sending him this cuddly, talking makka pakka!!!
it drives me insane but ilia adores it ;)
Geplaatst door josie op 11:08 am No comments:

I hope that you die
and your death will come soon
i'll follow your casket in the pale afternoon
and i'll see you get lowered into your deathbed
and i'll stand on your grave till i'm sure that you're dead.
Geplaatst door josie op 9:46 am No comments: 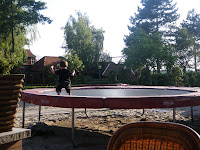 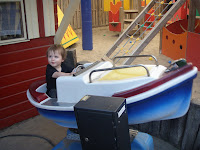 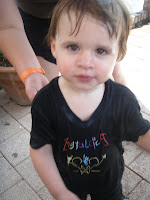 Mummy, am i wet enough? Ilia's godfather and Arne, the pirate seperated from us by splashing water

Yesterday we went to an amazing park, with a huge maze, petting zoo, playground, not that far from the Belgian Border. Arne and Ilia had so much fun (and were only in bed around 9.30!) and so did Koen and I. The weather was absolute brilliant so that really made the day.
Geplaatst door josie op 9:35 am No comments: 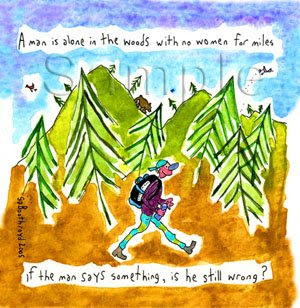 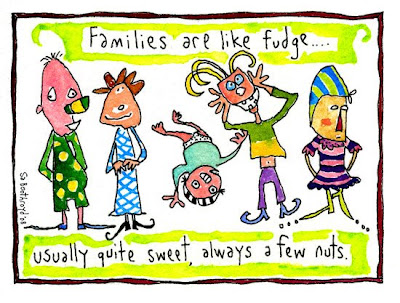 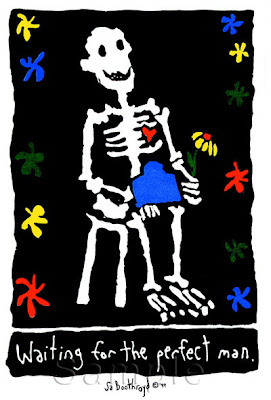 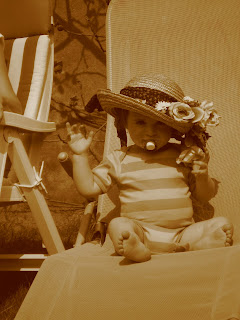 i wish i knew

yesterday, at les nuits botanique, i saw a wonderful girl perform. Just her and her guitar, it was too moving to be true (and later i discovered that she's a very nice girl as well!) Her voice was so utterly brilliant, i think it makes angels drool ;)
Ronja, sweety, don't know why, but i had to think about you... loved every second of it... here's one of her songs, or at least one of the lyrics of her songs ;)

i wish i knew
what to do with you
but the truth is
i ain't got a clue
do you?
i wish i had an idea
of what i need
but we can't know
and that's okay
that's okay
i wish you'd understand
i wish that i could know
the truth is i have no idea
i wish i could just run around
and only worry
about right now
i hate to admit it
but i don't know shit
and neither do you
do you
and
that's good enough for me
for you
for now
as long as we can talk about it.
Sharon van Etten
because i was in love
2009
Geplaatst door josie op 4:58 pm 1 comment:

nope, not about ilia, but a very good intens book i'm reading by jonathan safran foer.

"Does it break my heart, of course, every moment of every day, into more pieces than my heart was made of, I never thought of myself as quiet, much less silent, I never thought about things at all, everything changed, the distance that wedged itself between me and my happiness wasn't the world, it wasn't the bombs or burning buildings, it was me, my thinking, the cancer of never letting go, is ignorance bliss, I don't know, but it's so painful to think, and tell me, what did thinking ever do for me, to what great place did thinking ever bring me? I think and think and think, I've thought myself out of happiness one million times, but never once into it."
Geplaatst door josie op 7:56 pm No comments: